How to Travel to Huangyaguan Great Wall?

How to get there from downtown Beijing

Take a train K7783 from Beijing East Railway Station to Jixian Country Railway Station. It takes about 1 hour. The ticket price is CNY 14.5 for a hard seat.

Walk about 50meters to the Jixian Railway Station to take the Limutai tour bus line No.8.

Get off at Limutai Station, and then you should walk forward about 120 meters. You will find another Limutai bus station.

If the tour lines are not operating, you could charter a mini-bus to the site.

Take a long-distance bus from Beijing Sihui Bus Station to Jixian. It takes about 1 hour and costs CNY 30. This bus operates from 05:10 to 19:30.

Charter a mini-bus to the site.

The Best Time to go to the Huangyaguan Great Wall

Spring and autumn with mild temperatures are the best times to go to the Huangyaguan Great Wall. 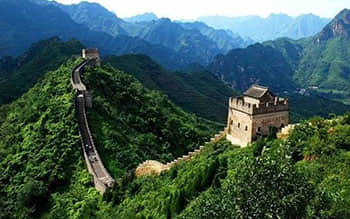 Located at the end of west Taiping Stronghold, Widow Watchtower is a square tower. Legend has it that twelve women wanted to meet their husbands who were working on building the Great Wall. However, their husbands lost their lives in the construction. They decided to donate their pensions to build this watchtower when they knew the truth. Therefore, the watchtower was named “Widow Watchtower” and is now famous for this story.

Widow Watchtower is a 13 meter tall, two story tower with a beacon. The outer wall of the first floor connects with the city wall. The upper floor is a rectangular room which can accommodate 10 people. The building is divided into four dome halls by four pillars. Dragon’s head sculptures decorate two sides of the roof. Figurines of mythical kylins, phoenixes, and lions are at the four points of the eaves.

The pass is also known as Small Yanmen Pass. The Huangyang Pass was not only a famous pass along the Great Wall built in the Ming Dynasty, but also the only section of the Wall located at Ji county in Tianjin City. The pass connects the Widow Tower on the east and Wangmaoding Mountain on the west, and is 2,152 meters long. It consists of a barbican, an outer city wall and an inner city wall from east to west.

The gates and the towers were built on southern, western and eastern sides of the pass. There is no gate on the northern side for defense. Instead, the Beijige Pavilion was built on top of it, which was later known as the Temple of Guan Yu (a famous general in East Han Dynasty, 184AD-220AD). Standing on the Huangyaguan Great Wall, you will see three defense systems clearly: Phoenix House, the main city wall of Huangyaguan Great Wall, and Bagua Pass City. 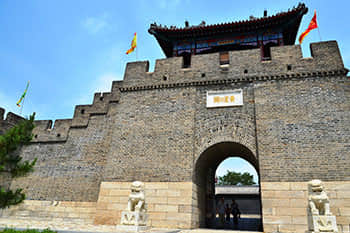 This gate was constructed during the reign of Ming Emperor Yongle, i.e. from A.D. 1403 to 1424. Huangyaguan Water Gate connects Taiping Stronghold on the east and the Huangyangguan Pass on the west. With a length of 75.5 meters and a height of 12.5 meters, it is a famous water gate of the east section. Bridle paths with crenellations are built on the Water Gate, and pieces of artillery are placed on the crenels. There are five arches below the wall with established iron railings. During the wartime, it was used to defend against enemies; and in peace time, it was just a perfect location for taxation. Huangyaguan Water Gate was restored in 1992 as it had fallen into disrepair over a long period of time. 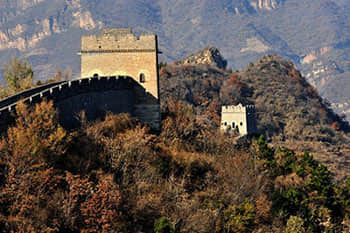 1 km to the north of Huangyaguan Great Wall is White Snake Scenic Area; 15km to southeast of it is Limutai Scenic Area. Baxianshan Nature Reserve is about 25km to the east of it, and Qingdongling Tombs is about 35km away.